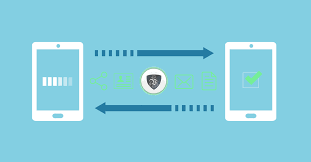 Get the Best p2p VPN for Safe File Sharing

There have been countless claims, lawsuits, malware attempts, and other below-the-belt hits to Torrent use by copyright holders, IPR agencies, cyber armies and others. Therefore, in order to drive a safe p2p experience, users are fast embracing VPN services. Here are the top 10 providers offering these services.

How p2p sharing became a controversy

Peer-to-Peer (p2p) sharing has always been a matter of controversy, mainly because of its abuse in the form of copyright violations. Despite this fact, p2p sites like BitTorrent and UTorrent have some 150+ million of monthly users.

File sharing through p2p clients has become a matter of much debate and controversy in late 2000s, and so attempts to ban or filter p2p sharing sites and applications are now more frequent than ever.

For the first, p2p serves as a host for free distribution of copyright materials, movies and music which seems to threaten the entertainment industry.

But regardless of all these demerits, there is something really encouraging about p2p sharing and file downloading – that it be legally used for fair means. Indeed, commercial p2p began with a torrent site sharing a ‘recipe book’ on its site!

To some extent, p2p acts for the disadvantage of the entertainment industry. However, the actual artists and musicians whose intellectual properties are greatly benefit from torrents due to a massive exposure.

Entertainment lobbying groups often line up with government high-ups to advance their profit-motives ignoring the broader advantage to internet users and content creators.

In addition to granting a seamless access to restricted p2p websites and applications, it ensures a great deal of safety for your torrent file sharing and downloading.

A VPN uses a special system of protocols and encryptions which keeps your data safe from hackers, identity thieves and cyber crooks And you will never have to worry about losing your personal information to cyber crime.

For instance, P2P torrent VPN servers in the Netherlands offer the P2P leverage for most VPN providers in the context of P2P file-sharing and torrent capabilities.

Effective and fair use of p2p VPN can greatly help you get otherwise unavailable treasures of internet. On the other hand, abuse of p2p VPN endangers both the provider and the user in the form of lawsuits and penalties.

In essence, a P2P torrent VPN enables users to surf the internet under the radar of its ISP with absolute encryption. The result is that the user manages to circumvent any sort of censorship blocks/limitations in place.

You can use any of the p2p VPN services for seamless file sharing experience. Do check out detailed reviews of each of these providers before signing up for your best choice.