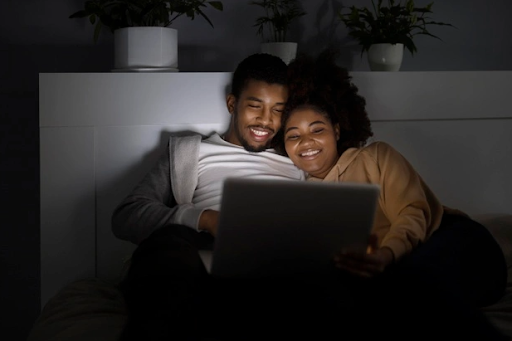 The 5 Best Netflix Series For Teens To Watch Right Now

A person’s actions in their teens might have a lasting impact on their lives and the lives of others around them. Everything you do, see and believe sets the stage for a brighter future for yourself. Since the internet is saturated in content, it has become imperative that you see just the best of it. To help you out, we’ve compiled a list of the top five Netflix shows that you should binge-watch throughout your teenage years.

The teen comedy-drama series Insatiable focuses on the life of a young girl who is struggling with obesity as she grows up. To retaliate when she gets back into shape after being bullied by her coworkers, she plans on killing them. Debby Ryan is the star of this programme because of her outstanding acting and comedic timing. You won’t have time to complement the rest of the ensemble since she performs her role so well. Season 3 of Insatiable has been cancelled for undisclosed reasons, and the show’s fans are still enraged by this development. This is a must-see show if you’re a fat adolescent like me and want to laugh out loud.

In a short period of time, Sex Education has gained a large following. It’s because the programme doesn’t shy away from the inner problems of its characters, despite its focus on a difficult subject matter. Because of the show’s excellent balancing of all its components, it’s a joy to watch. The show’s production staff deserves praise, and you should see it for everything that it has to offer you as well.

As per Nexthint’s report, Centaurworld season 2 is about to arrive on Netflix this December. Trying to explain “Centaurworld” to someone who hasn’t seen it can be a bit difficult. It’s a 10-episode musical with unexpectedly adult themes and dark overtones, making it one of Netflix’s most fascinating new offerings. This is about a warhorse that gets stranded in the multiverse and ends up in a Dr Seuss-like hellscape that is characterised by its candy-coloured aesthetics and surprisingly gruesome inhabitants—almost all of them are centaurs.

Originally based on the Israeli television series The Greenhouse, Greenhouse Academy earned favourable reviews upon its initial release in the United States. However, according to reports, the show’s viewership did not significantly increase in its subsequent seasons or in the years that followed. The early curiosity around the melodrama-filled science fiction series seemed to gradually fade away.

The Society is a programme that depicts what life would be like in a society devoid of authority figures. That seems like a lot of fun, doesn’t it? Experience life in a world devoid of grownups by watching the programme.

If you’ve seen any of the above-mentioned shows, please share your thoughts with us. Try these concerts if you haven’t already, and you’ll have the fun of your life! And if you enjoy Netflix’s programming, be sure to check back often since we’ll be adding fresh details about several of your beloved Netflix episodes in the future.