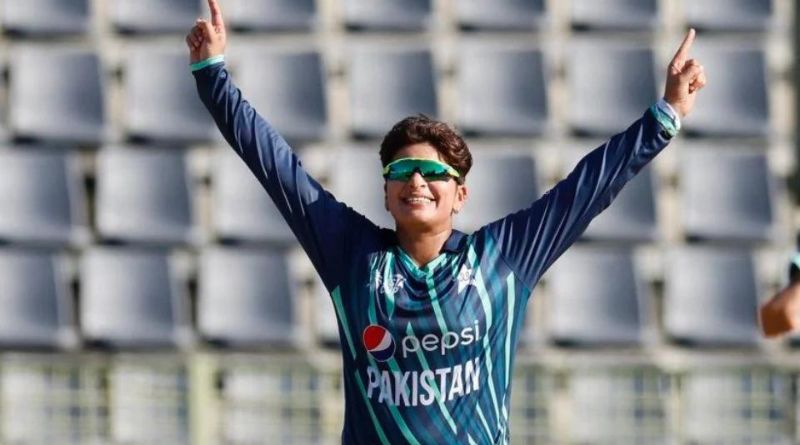 Nida Dar of Pakistan has risen in the latest MRF Tyres ICC Women’s T20I Player Rankings as a result of her strong start to the ongoing white-ball series against Ireland.

Nida Dar Player of the Month winner for October 2022

Nida Dar has been in fine form with both bat and ball in the first two games of the three-game series in Lahore, with the 35-year-old presently leading the T20I series in run-scoring and wicket-taking.

The right-hander hit a half-century in Pakistan’s six-wicket loss to Ireland in the first game of the series and followed it up with a solid effort of 28 in the second.

Nida Dar has risen three places to 35th in the current Women’s T20I rankings for batsmen, while she has also risen one position to equal 15th in the list for bowlers after taking three wickets in the first two matches of the series.

Kelly isn’t the only Ireland player who has made an eye-catching shift; teenage hitter Gaby Lewis has risen one position to 29th in the current T20I batter rankings.

Orla Prendergast, a teammate and fellow young gun, also makes a breakthrough, rising 12 places to 60th in the batter rankings and an amazing 18 places to 21st in the all-rounder rankings.

The final ODI series match between Pakistan and Ireland also saw some players move up the latest ODI lists, with Pakistan’s Omaima Sohail and Ireland’s Lewis being the biggest risers near the top. Sohail rises five places to 42nd in the latest ODI batter rankings, while Lewis rises four places to 30th.