Mike Straumietis on the $2.35 Billion Increase in the Hydroponics Market - THE TECH SWING
Skip to content 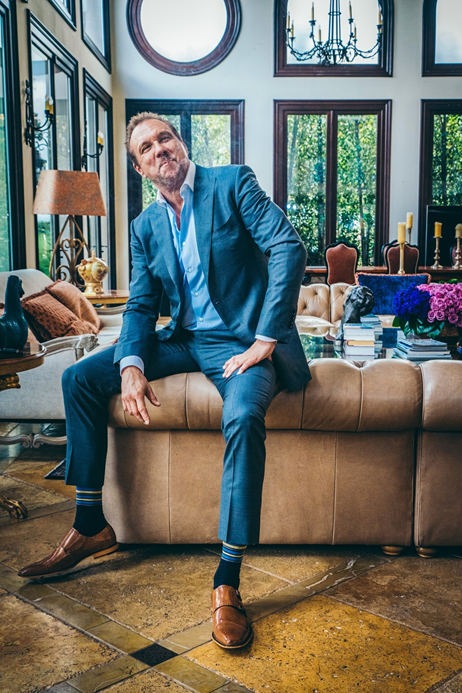 Mike Straumietis on the $2.35 Billion Increase in the Hydroponics Market

Mike Straumietis, Founder and CEO of Advanced Nutrients, shares that the market for hydroponic fertilizers will be directed by highly profitable and soon-to-be-available cost-effective hydroponic advancements, even though the U.S. and Europe have removed hydroponic products from their lists of organic produce.

The global market for hydroponic nutrients was estimated to be worth $2.67 billion in 2018. Furthermore, the market is predicted to record a compound annual growth rate (CAGR) of 8.8% between 2020 and 2025.

What is Fueling the Industry’s Profit Growth?

Regarding market value, North America accounts for 32.7% of the global market for hydroponic nutrients, Mike Straumietis points out. On the other hand, Europe and the Asia-Pacific region are the second and third largest markets, respectively. By introducing new agricultural technology and other innovations, developing nations like India, China, and Japan have revolutionized their agricultural sectors, making the Asia-Pacific region the market with the highest CAGR during the forecast period.

According to Mike Straumietis, North America is the market’s largest geographical region surveyed. There is little question that governments and non-governmental groups will continue to promote hydroponics as an environmentally friendly, sustainable, and financially successful technology for its advantages, notably regarding food security.

The Steady Development of Hydroponics

Due to vertical farms’ continued dominance over the industry, hydroponic farming is flourishing at a phenomenal pace despite the COVID-19 pandemic. From seeds to stores, these farms are in full command. Additionally, consumers can obtain information and specifics about their food’s origins and production methods thanks to vertical farms.

According to Mike Straumietis, one of the long-term goals is to strengthen food production and delivery infrastructures. This will sustain, if not increase, the long-term demand for hydroponic farms.

However, leafy vegetables and microgreens have been the most planted crops. Hydroponic farms that produce crops like lettuce, microgreens, and cherry tomatoes, among others, have seen growth in more tropical or warm areas of the world.

Boosting the Supply of Exotic Vegetables and Fruits

Thanks to the rise in the number of consumers who can afford them, there has also been a rising demand for exotic fruits and vegetables. Research organizations and universities worldwide have been looking for ways to set up easy and practical hydroponics systems to boost the production of exotic fruits and vegetables to meet this growing demand because the cost of these products is generally high since most of these products are imported.

It is also worth mentioning that the demand for exotic vegetables like red and yellow capsicum and red lettuce in international fast-food chains may very well have a beneficial impact on sales over the predicted period.

As Mike Straumietis of Advanced Nutrients pointed out, the demand for crops and vegetables produced by hydroponic farms has surged across many businesses due to rising urbanization. Restaurants, fast food chains, NGOs, catering services, and the military reflect this trend. This motivates growers to expand their hydroponic farming.

To enable crops to realize their full genetic potential, Mike Straumietis and the Advanced Nutrients team created the first and only complete growing system that maximizes all phases of the vegetative and bloom cycles.

Advanced Nutrients sells up to nine figures’ worth of fertilizers and plant nutrients yearly. Under the leadership of Founder and CEO Mike Straumietis, Advanced Nutrients’ diverse and extensive team of highly competent and skilled Ph.D. scientists facilitated the development of next-generation products that will nourish each crop’s cycle from seed to seed to senescence, unlocking its true genetic potential.