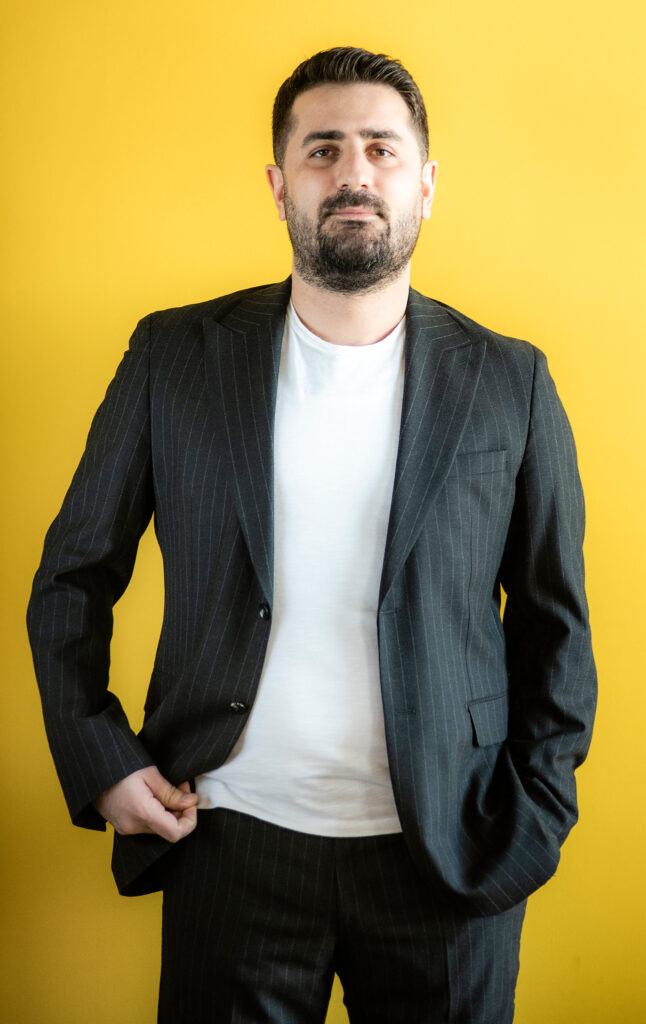 Invitation from Minister of Foreign Trade of the

to open a new office

GoArt Metaverse executives received an invitation to open an office in Dubai during a meeting with Dr. Thani Bin Ahmed Al Zeyoudi, Minister of Foreign Trade of the United Arab Emirates. The GoArt team started to work to take part in the country’s metaverse investments.

Burak Soylu, GoArt’s CEO, stated that their meeting was very useful and they were very pleased with the invitation they received. Soylu said “The contribution of Metaverse investments to Dubai’s economy is expected to reach $4 billion by 2030. As GoArt, we are happy to contribute to the development and growth of this economy with our office in Dubai.”

GoArt Metaverse, whose R&D studies have been carried out by Roof Stacks Software Technologies Company since 2017, continues its Web 3.0 journey rapidly. Having three departments as RoofTickets, an online ticket sales portal called Biletdukkani.com serving in the tourism sector; RoofXR, the architect of the GoArt Metaverse platform, a Web 3.0 technology connected to the blockchain system that can be used in AR, VR and mobile; and RoofGames, which produces hyper casual and casual game projects, RoofStacks continues its activities in Austin, Florida, USA, Istanbul Bilişim Vadisi and Elazığ. Burak Soylu, Roof Stacks’ CEO, announced that they aim to grow in the MENA market, where the Middle East and Gulf Countries are located, with the metaverse projects they are continuing with GoArt.

He added, “As GoArt Metaverse, we met United Arab Emirates Minister of Foreign Trade Dr Thani Bin Ahmed Al Zeyoudi last month during his contacts in Turkey as part of the strategic cooperation between the two countries, and we explained what we have done on web 3.0 and metaverse. Then, after their evaluation with the delegation, we received an invitation to Dubai. During our meeting with Minister Dr Thani Bin Ahmed Al Zeyoudi in Dubai, we had a more detailed discussion about our Dubai structuring and metaverse work. After the meeting, we met with ADQ Venture Capital and Technology Investments President Amer Al Ameri, who has investments in different countries of the world in order to accelerate the transformation of the UAE into a globally competitive economy, and has invested in Getir and Trendyol in our country in recent years. Dubai is a country that draws attention with its population that is very interested in technology with its advanced technological infrastructure as well as blockchain, crypto assets and metaverse areas. Dubai aims to increase the contribution of the metaverse sector to Dubai’s economy to $4 billion by 2030 and Dubai’s GDP to 1%. As GoArt Metaverse, we aim to grow in the MENA region.”

Our goal is to grow in the Asian market as well.

Burak Soylu pointed out that the GoArt Metaverse platform aims to grow in the Asian market besides Dubai and Abu Dhabi.

He said, “South Korea, which supports metaverse investments with a fund of 200 billion dollars and has significant knowledge in augmented reality technologies both in terms of software and hardware, is a very important market for companies investing in the field of metaverse and augmented reality.Our goal is to grow in this market and implement new metaverse projects.”

GoArt Metaverse is a living and social universe that acts as a bridge between the real world and the meta-universe, offering its users the opportunity to travel in time, socialize and explore the unknown through adventurous historical and futuristic time portals.

Regarding this ‘time travel’ theme, Soylu said, “GoArt’s story came out with a metaverse theme based entirely on time travel. The world’s first metaverse city became Harput district of Elazig. Thanks to GoArt, you can go back to the 12th, 13th and 14th centuries of Harput.”

GoArt Metaverse, in its fictional universe designed in the dimension of past, present and future, offers users the opportunity to earn crypto money by collecting millions of MTE points, surprise prize chests and NFTs stored in the virtual world with the Move To Earn system by making use of Augmented Reality technology. In addition, GoArt was selected as a high-tech product from Turkey by the World Intellectual Property Organization (WIPO), the international patent organization within the United Nations.

Thanks to its successful team, GoArt won the “Fastest Growing Companies of the Year Category Winner” and “Software Export Category Winner” awards in Bilişim 500, one of the most respected researches in the IT industry in Turkey. In addition, as the developer of GoArt, RoofStacks holds the Third-Place Award in TEKNOFEST (Aerospace and Technology Festival) Tourism Technologies Competition.

Developed by Roof Stacks’ multidisciplinary teams consisting of artificial intelligence and computer graphic designers, architects, art designers and software engineers, GoArt Metaverse is considered to be the first metaverse with its own time loop in digital literature, with its meta universe built in the past, present and future time dimension. The platform, which transforms the concept of ‘time travel’ from dreams into reality for users, keeps the end user inside with its fictional structure consisting of rich meta experiences such as metaverse merchandising, NFT real estate acquisition and metaverse corporate event panel. In addition to this, the application provides users with a digital earnings system with the cryptocurrency, NFT Market Place, and the concept of ‘move to earn’, which it uses in its ecosystem. In addition, GoArt, which created the first meta-city in the Metaverse in the past time dimension of its own universe, by coding it with this technological infrastructure, is considered one of the few AR-based developed active and usable metaverses in the world.