Topical Issues in the Theory of Literary Translation
Skip to content 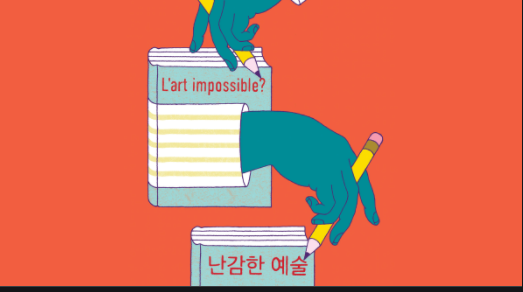 Topical Issues in the Theory of Literary Translation

The problem of defining the concept of “literary translation”.

Since the definition of the essence of literary translation depends on the specifics of the text, much attention is paid to the study of the question of which text should be considered literary and what makes this or that text artistic. The main differential feature of the text of fiction is the inextricable link between style and meaning. Guided by this definition, among texts in which style is as important as meaning, scientists include texts that do not belong to fiction as such, such as historical and legal documents, philosophical treatises, song lyrics, jokes, advertising. However, these genre varieties of texts are literature, and the translation of these works is artistic.

At the same time, another type of translation can be applied to a literary text. So, for educational purposes, “translation from a sheet” and interlinear are used. These types of translation do not become artistic only because they are applied to works of fiction.

It is this understanding of literary translation as a result that is common in modern translation services England.

Modern translation studies are experiencing a kind of “cultural revolution”. The translation is considered as a phenomenon not so much linguistic as cultural. A new understanding of the essence and nature of translation has been called the “cultural turn” in translation theory. In essence, this term means a shift in emphasis in the study of translation to its cultural aspects and corresponds to the name of a new “culturological” direction, which, as Mary Snell-Hornby predicted, will become defining for translation studies in the new century. The cultural scientific paradigm involves the understanding of national literature as a kind of “literary system”, which is created and exists in a certain environment, formed by the social system and the cultural system. All three systems are open and interact with each other.

Moreover, translated literature in the aggregate is also treated as a special system within the system of national literature and interacting with it in a bilateral manner. The concept of literature as a system stem from the theory of polycrystals, the essence of which is that literature as a system exists in the historical, social, and cultural systems of a certain perceiving audience of readers and interacts with them. This is how the idea of ​​a multisystem model, that is, a “polycystic” is formed.

Culture as a unit of translation has linguistic incarnations in the text. In UK translation studies, there are several terms denoting the linguistic name of a cultural phenomenon (concept, concept, reality): ‘cultural words’ by Peter Newmark, ‘culture-specific references’ by Yves Gambier, ‘culture me’ by Christian Nord. The most common and widespread in the theory of translation are ‘cultural items’ and ‘culture-specific concepts’. British translation studies adopted the corresponding term ‘names of cultural realities’.

Translation as a process.

Within the framework of the new “culture-centric” approach, the process of translation cannot be narrowly interpreted as “switching from one language code to another”, since it consists in transferring the text from the “native” cultural environment to the environment of the perceiving culture. In other words, when translating, it is necessary to consider the “cultural context” (cultural context) both the original and the translation. The cultural context is understood as “a world vision that links together the members of a social group and distinguished them from others” (“a worldview that unites representatives of social groups and distinguishes them from each other”) or “a set of cultural predispositions (conventions, beliefs , values ​​and assumptions) internalized in the mind of the individual but socially determined” (“a series of cultural representations (beliefs, beliefs, values, assumptions) rooted in the mind of a person, but having social conditioning”).

In our opinion, the process of translation should not be spoken of as a “switching” from one cultural code to another, or as a “transfer” of a text from one cultural system or model to another. The translator as a subject of the translation process belongs to a certain national culture, is the bearer of his “native” cultural context. No matter how good and professional the translator is, he cannot completely free his consciousness from the “native” cultural context and immerse it in the context of the perceiving culture. In the process of translation, there is a combination of two cultural contexts or an overlay one context to another (overlapping). As a result, segments that coincide may appear, that is, universal cultural ideas are actualized in these parts of the text. From the point of view of Translation of documents, these are the places of the least semantic and linguistic resistance, that is, they represent the minimum complexity for the translator. The greatest difficulty is presented by those fragments of the original, which are saturated with national and cultural information. These are places of maximum semantic tension and divergence between the contexts of the generative and perceiving cultures.

In conclusion, I would like to note that despite all the theoretical provisions and conclusions, literary translation seems to be the most creative, subjective, and therefore less subject to regulation type of translation.