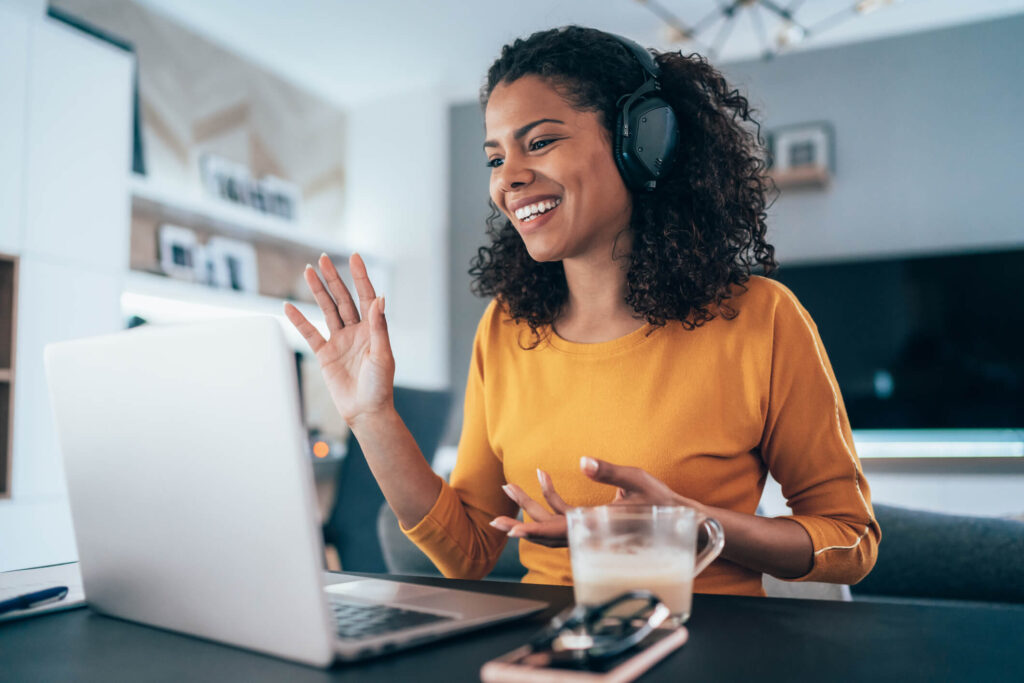 Relatives do not always live together and sometimes they find themselves thousands of kilometers apart. Besides, it is hard to see each other due to coronavirus restrictions which is still a powerful factor limiting “live” communication – new strains such as Omicron that recently appeared in South Africa successfully infected even vaccinated people. In this case the solution is videoconferencing tools that can easily cross thousands of kilometers.

Videoconferencing by itself is a phenomenon that is long and well known to many users of PCs and mobile devices in part thanks to the popularity of messengers such as WhatsApp or Viber. Sure, it has become popular – we often want not just to hear but also to see a loved one. However, WhatsApp and Viber are not the best options if it comes to conferencing. The very meaning of family meetings is that everyone should be able to participate. Popular mobile messengers usually allow for two-sided connection. Even if a messenger does support conferences (like the popular WhatsApp), it is with significant functional limitations. The number of participants is limited, there are few advanced options (and we want to be able to at least share the screen, for example, to show everyone new pictures), and the most significant disadvantage of mobile messengers is that they are built to be used on smartphones, and that is that. It is impossible to use videoconferencing on WhatsApp via a simple PC – unless you use tricks like mobile emulators. When you use a mobile phone, you cannot expect a long videoconference.

An obvious – and more importantly a more convenient – option in our case would be specialized videoconferencing solutions that can be efficiently used both via a smartphone and via a personal computer. Thankfully a wide range of them is available including Russian services that are more convenient and flexible than foreign competitors.

Because of the coronavirus pandemic lots of people around the world learnt to use an overseas service called Zoom, and Russians are not an exception. With lockdowns and remote work Zoom helped numerous companies continue working at least to some extent and maintain work communications that involve all or a significant part of the staff. Zoom is in demand not only among corporations – it turned out to be very convenient for personal purposes as well.

Zoom does not have serious stability issues: even at the peak of the pandemic when traffic grew significantly, it worked fine. However, Zoom does have its disadvantages, and one of them is security: many of us still remember stories when inappropriate content was shared during ordinary conferences, which obviously limits its usage in corporate communications. Still, it might be enough for households where the requirements are not so strict.

The main pattern for Zoom users today is as follows: a user receives a link, clicks on it, and joins a conference. You can create your own contact list but it is not very convenient: few people would want to waste their time on signing up for the service especially if they don’t need it very often.

Zoom offers a free version: here the length of a conference is limited by 40 minutes and the number of participants cannot exceed a hundred users. It’s more than enough for a family meeting. The number of one-on-one conferences is unlimited. Paid versions such as the “Pro” plan available for about $14,99 per month offer unlimited conferences with no time limits as well as one gigabyte for cloud records, social media streaming and so on. More exacting enterprise clients have also access to better plans.

One of the obvious advantages of Zoom is its “omnivory”: the app works both with Windows and MacOS, as well as in the Linux environment. There are also mobile clients so you won’t have any issues without a PC. All you need is Internet access.

One of the most experienced videoconferencing developers offers the iMind service. Nowadays there are wide possibilities for private users available for free. iMind tries to minimize limits and restrictions even for the “basic” version. Up to 100 users can participate in a conference while its length is limited by 4 hours. This allows to easily communicate with family and friends. You can also record conversations and store them on external cloud drives.

The developers paid extra attention to security. iMind is based on WebRTC and offers wide possibilities concerning security. For example, it uses DTLS (Datagram Transport Layer Security) and 256-bit AES encryption. The service also does not use passwords. Instead, when you join a conference, a one-time code is generated which significantly lowers the probability that someone who should not be there will join the conference.

iMind can be easily considered a cross-platform service: it works great in a browser including mobile browsers, which is a rarity for such solutions. There is also a PC app as well as Android and iOS versions.

Skype has long been known as a videotelephony tool, but its serious videoconferencing functions became especially popular during the pandemic. Now you can have a “group chat” with up to 50 people basically without time limits: there is a 24-hour limit but it is usually enough for everyone. You can invite users both via a contact list and via a link.

Skype calls are available both on PC and on mobile devices as well as via a browser. Basically, Skype will do just fine for family New Year gatherings if you have a good channel. In the corporate segment Skype has already ceded its place to a new incarnation, Microsoft Teams, which is oriented first of all towards conferences. Meanwhile, Skype initially was a purely voice VOIP-solution and did not even belong to Microsoft.

When it comes to supported platforms, Skype has no problems: the app works with Windows, MacOS and Linux.

This program is well-known mostly among gaming communities. Discord has many additional functions for this segment specifically, but lately the solution has been quickly gaining popularity among enterprise clients thanks to its functionality. Free version allows for videoconferences with up to 25 participants. It is also possible to share the screen or a particular app with flexible settings that let you change even the number of frames per second.

Basic version is free for the user but there are also paid subscriptions with higher limits (for example, on the size of an attachment: from 8 Mb to 100 Mb) and additional customization options such as animated avatars and emoji.