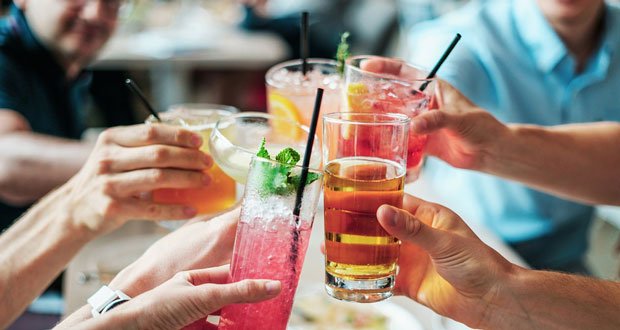 Whether it’s summer or winter, gin is everyone’s favourite. People love every type of gin, such as Old Tom Gin, Plymouth gin, Classic style gin, etc. Each of these has unique features; for example, the dry gin means no added (artificial) flavours. Gin is popular worldwide, and its acclaim has never gone down since its invention.

Whether it’s a bar, party, or barbeque day in the backyard, you can find a bottle of gin on every occasion. It is a very popular drink in Australia, a country known for its nightlife, and you can find a gin production unit in every city. If you are a gin lover, you must know these amazing facts about this drink. Read on to know these details and the history of gin.

It was invented in Holland first.

Gin is undoubtedly the national drink of England, but it was invented in Holland. During the Dutch War of Independence (17th century), Britain discovered genever which they brought home. The London dry gin you know today would be born 150 years later.

During the 16th century, Franciscus Sylvius, a Dutch physician, developed genever as a medicine. His high-quality serum was thought to benefit better blood circulation and control other diseases. During the Dutch Independence War, it was offered to soldiers and was known as “Dutch Courage.”

Following the Sepoy Rebellion (1857), the British started to migrate to India during the nineteenth century, and the consumption of Gin & Tonics skyrocketed. The demand for “Indian Tonic Water” increased in response to malaria prevention measures (tonic was the best medicine for preventing malaria). For minimising the roughness of the tonic water, gin was added. That’s how the gin & tonic was invented.

The Gimlet Was Processed to Prevent Scurvy

Sailing the broad seas was never intended to be a pleasant holiday, especially during wars. The threat of disease-related death was prevalent. To avoid scurvy or a shortage of vitamin C, the Royal Navy blended gin with lime juice. This drink became known as the Gimlet.

Bathtub Gin should be Avoided.

When it comes to unauthorised drinking during Prohibition, whisky and moonshine may take the crown. However, gin was also appealing because it was simple to make. A variety of gin was often prepared in bathtubs by combining inexpensive grain alcohol with ingredients such as juniper-berry juice and was occasionally permitted to fester and be distilled straight from the bathtub. Bathtub gin was not as hygienic as you believe; the clear absence of standards resulted in numerous diseases and fatalities.

Gin Addicts Aren’t Who You Think They Are

Did you think the Brits consumed the most gin? Consider it again. The Philippines reportedly consume the most gin, accounting for approximately 43 per cent of the global gin market. “Ginuman” is a Tagalog word for a gin-drinking binge.

You Can Prepare Gin by Yourself

Gin is actually a flavoured vodka, which means one can make dry gin at the convenience of their home. You have to infuse juniper berries and similar botanicals and add alcohol, and it is as simple as that.

The Gin Twist Is a Classic You’ve Never Heard Of

Drop this amusing tidbit the next time you need to show off your gin expertise. The Gin Twist was all the craze in 1923. This drink, made with simple syrup, gin, lemon juice, and hot water, was described as the Beyoncé of cocktails

These are the amazing facts about gin. What originated as a health tonic still carries this attribute when moderately consumed.