Omicron Takes the Lead at Evading Protection from the Previous Infection: Study - THE TECH SWING
Skip to content 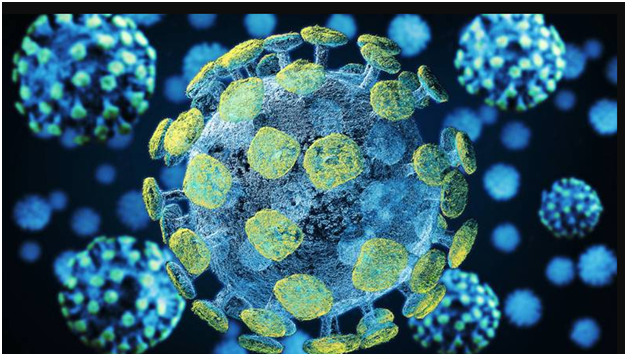 Omicron Takes the Lead at Evading Protection from the Previous Infection: Study

According to recent reports, the new variant of the Omicron virus has much stronger abilities to evade the immune protection that came from the antibodies previously produced by the COVID-19 protection-induced vaccines. The Omicron variant has been the headline all over the world. It is a newly introduced variant of the coronavirus.

The expert at the best hospitals states that the new variant is very unusual if compared to the previous ones as it has various and high transformations in two essential dimensions of the spike protein of the virus. There has been a lot of cases that are being reported all over the world in almost more than a dozen of countries.

The scientist and the researchers checked the test tube samples of the Omicron variant and then came out with the conclusion that it is far more resistant to the vaccinations or any protection that has been done formerly. In China, the senior researcher from the National Institute fo Food and Drug Yoochun Wang said he supports the recent findings that occurred in South Africa. He states that according to his research Omicron does dodge immunity.

He further added in a press release that there have been some groundbreaking changes seen from the omicron variant. Because of the prominent mutations of Omicron meaningful differences in the neutralization acuity to people who had had COVID already were caused. He continued that the protection level opposing the Omicron is even higher than the baseline. This indicates that there are still some of the protective effects that can be seen.

A very important point raised was that the vaccination that is taken to stay from the other variants of the COVID does not stay like that in the body. They almost protect you from the disease for a period of 6 months to one year. In this way, it can be said that the Omicron resists a lot more. It is being said that the boost shot or a third dose that is being prepared might save people from getting the virus but the proper protection, in this case, will surely be jeopardized.

The study further explained that the effectiveness of the therapeutic monoclonal antibodies needs to be reconsidered with consideration to its effectiveness as a treatment. There need to be more laboratory tests to confirm the effects of the omicron on the vaccinated individuals and the non-vaccinated individuals. The immunity caused by the vaccination can only be tested in this way.

In order to start the research, the researchers took a total of 28 serums samples of the patients who had been suffering from the very first variant of COVID-19 which was also called the SARS-CoV-2. All of these were tested opposite to the test tube samples of Omicron, there were other samples considered as the concerned variants present too. The WHO called them the Alpha, Beta, Gamma, and Delta.

The samples of Lamda and Mu were also considered while conducting the research. It has been said that the Omicron being a strong variant has alarmed the world and with its surge, there are new beginnings in public health planning and a new road to the development of the strategies. However, it is said that there is a lot more research to be conducted for a better understanding of the new variant. It is very important to put forward some serious real-world studies in order to confirm anything serious about the virus.

The authors are still suggesting conducting researches that can be helpful in finding out the real meaning behind the virus escaping from the immunity of people who have already been vaccinated. The severity however is said to vary from person to person depending upon the fairness of the individual also the stringency of the disease. The demand for more studies of thehuman body responding to the disease is increasing.

The Omicron virus is very new to be called severe or immune from the medication. The number of cases seen as of now is very limited and to pass a judgment right now will not be justified. So, there is still a need to perform more researches and conduct more studies to find out the truth.

You can visit Magazine Hubs for more details, if there is any ambiguity you can contact them.