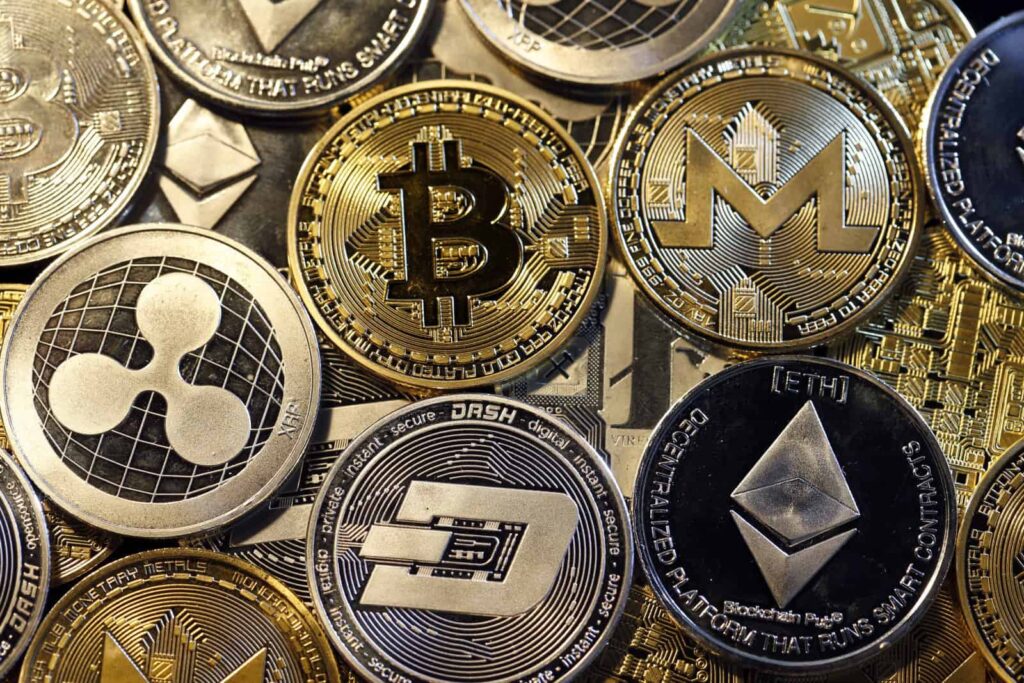 Cryptos to look forward to in 2022

One of the many areas where technology has had an impact on our daily lives is finance. People are no longer reliant on cash and are instead opting for online payment solutions. As a result, a wide range of electronic methods has arisen. One such transaction method is cryptocurrency.

Cryptocurrency is now being viewed as a way for those looking to create their fortune to diversify their financial portfolio. Along with property investment and shares, it’s probably a smart practice to do cryptocurrency investment just in case the price rises.

Many people are considering cryptocurrencies but are unclear who to choose as the year 2022 approaches. Fortunately, based on the statistics of reputable news sites, we have a competent opinion on the top 5 cryptocurrencies that may thrive in 2022. Let’s take a closer look at each of them:

Top Cryptocurrencies That May Bloom in 2022

Cryptocurrency, when utilized wisely, may be a valuable addition to your financial portfolio. Having a large number of cryptocurrencies can also aid your efforts by protecting you from risking all of your hard-earned money. Here are the top five cryptos to watch in 2022:

Two blockchain enthusiasts, Joe Lubin and Vitalik Buterin (current CEO of Ethereum), established Ethereum, one of the most well-known and long-lasting cryptocurrencies. It is a distributed network that enables the usage of smart contracts and distributed applications (dapps) without the need for the interruption, fraud, management, or interference from a foreign entity.

Ethereum is a global currency that anybody may use from anywhere on the globe. Ethereum has been a benefit to several nations with inadequate governmental facilities, allowing residents to use bank accounts, credit, coverage, and other monetary services.

Why Should You Invest in Ethereum?

Ethereum is the blockchain alternative with the best infrastructure when it comes to distributed apps. It also has a significant market capitalization, next only to Bitcoin.

Ethereum may be used in a variety of ways thanks to the ERC-20 token standard and decentralized architecture. As a result, it is now the finest and most prevalent solution for the creation of new digital currencies.

Ethereum is also one of the very few digital currencies to ever outperform Bitcoin. To function on the blockchain, all applications, security tokens, smart contracts, and other products require ETH.

The Ethereum estimate for 2021 is extremely high, according to digitalcoinprice.com. The price is anticipated to reach $5,000 by the end of the year, representing a return of about 56% on the current $3,411.32. The estimate from then until 2028 is equally optimistic, with the price exceeding $16,000 in November 2028. As per market trends and expert’s Ethereum price prediction seems to be promising.

Bitcoin, often called BTC, was the earliest and most well-known cryptocurrency. It was first made public in 2009, and Satoshi Nakamoto is said to have invented it. Bitcoin is built on blockchain technology, as are most cryptocurrencies. This entails a complex network of numerous computers that use consensus methods to keep Bitcoin secure.

Why Should You Invest in Bitcoin?

Trading in Bitcoin has numerous advantages. To begin with, trades in this cryptocurrency are inexpensive and rapid, particularly when compared to other choices. Every 10 minutes, a new block is created, and the highest rate is about 7 TPS (transactions per second).

BTC is now the fastest growing digital money, as well as the most recognized. Its value peaked at over $64,000 in April 2021.

Bitcoin is also seen as an inflation-resistant asset, similar to gold in nature. This is one of the primary reasons it is the most commonly used cipher for SoV, or Store of Value.

Bitcoin price forecasts for 2022 are extremely optimistic. Tim Draper, a wealthy Bitcoin investor, and venture entrepreneur predicts that BTC will reach $250,000 shortly after 2022.

Polkadot was created in 2017 by Gavin Wood. It is a one-of-a-kind proof-of-stake coin with the goal of being compatible with different blockchains. Its key component is the relay chain, which allows various networks to interact with one another. It also allows for the construction of “parachains,” or alternate blockchains with their own native currencies, for particular use cases.

Polkadot differs from Ethereum in that developers may create their own blockchain while still leveraging the security that Polkadot’s chain currently provides.

Why Should You Invest in Polkadot

Polkadot has piqued the interest of investors because of its ability to “speak” to Ethereum and other networks.

Vitalik Buterin is a Polkadot and Ethereum co-founder. This element, once again, provides Polkadot with a solid basis for investors.

The million-dollar issue, of course, is whether DOT will do well in the short and long run. The currency’s value in September 2021 was $31.89.

This figure may not be enormous, but many analysts are hopeful about Polkadot’s future. Coin Price Forecast has produced a long-term prediction, predicting that the price of DOT would rise to $50 in 6 months in 2022. According to their calculations, the price may rise to $75 by the end of 2023.

Cardano is a low-cost cryptocurrency that was established in 2015 as an experiment by a group of engineers, mathematicians, and cryptographers. It quickly acquired market traction because of its “Ouroboros proof-of-stake” method, which basically enabled it to use two blockchains instead of one.

The main concept behind having two blockchains is that one would handle regular transactions and the other will handle smart contracts. Cardano will be scalable and quick as a result of this. Cardano is known as the “Ethereum Killer” since it uses the proof of stake algorithm and its blockchain can accomplish far more than Ethereum.

Why Should You Invest in Cardano?

Cardano has already demonstrated stake and has a strong development team behind its future enhancements. The project focuses on doing it right the first time, whereas Ethereum develops its ecosystem via trial and error.

The separation of the settlement and calculation layers in Cardano leads to much cheaper transaction fees for payments.

Solana is the cryptocurrency that many investors believe will make sense in 2022. It has increased by 300 percent in the last month and by 13,000 percent year to date.

Solana’s market valuation is presently about $51.8 billion, placing it seventh in that category. For the time being, it is giving Ethereum and Cardano a run for the top smart contract platform.

Why Should You Invest in Solana?

Solana’s singular entry into the NFTs was distinguished by its Degenerate Apes. This is a digital collection of dressed-up apes. Each ape has unique characteristics and a varied amount of rarity.

Solana’s allure is already clear, with over 400 projects expressing interest. Many of them are DeFi initiatives that seek to eliminate the bank and most intermediaries.

Many people believe that Solana is a viable alternative to Ethereum. Programmers have been looking for a competitive alternative to ETH; while Solana may not be able to eliminate it entirely, the rivalry is adequate for the time being.

Because cryptocurrencies have various advantages and disadvantages, we must study patterns and undertake research before putting our hard-earned money into anything. This article has discussed five prospective cryptocurrencies that have shown to be stable. It’s now up to you to decide whether to keep them, sell them, or put money into them.