Beginners Guide to the Bitcoin, All you Need to Know.
Skip to content 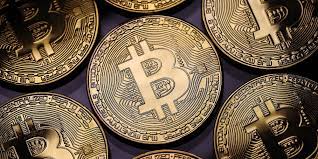 Beginners Guide to the Bitcoin, All you Need to Know.

Since its spectacular climb in 2017, Bitcoin has become the most talked-about topic in the Crypto world! If you think that’s incredible, wait till you hear what’s next!!

Bitcoin has already been making news for quite some time now. It has evolved into an entity capable of producing multi-bagger returns. Despite this, many industry leaders have expressed a variety of views on Bitcoin.

Some people are convinced that Bitcoin and Other currencies like Ethereum, Cardano, Matic, Btt are the way of the future for free-flowing economies. However, other people are opposed to the concept, seeing it as a digital entity with dubious and ambiguous value.

Despite being one of the most often discussed issues, it remains a mystery to many.

Let’s have a look at how we can mine our way into the realm of bitcoin.

What does Bitcoin stand for and what does it represent?

Bitcoin, like the dollar, euro, yen, pound sterling, and rupee, is a currency. The only similarity between conventional banking and Bitcoin is that they are both digital currencies.

Bitcoin is a type of electronic money. However, despite the currencies, you’re used to, it’s not governed by a reserve bank. Instead, Bitcoin’s financial system is managed by hundreds of computers all around the globe. Installing open-end software allows everyone to participate throughout the ecosystem.

It allows users to receive and send electronic currency. Its allure stems from the fact that it cannot be filtered, cash cannot be used multiple times, and payment transactions may be completed at any time and from any location.

Let’s look at cryptography in more detail. Cryptography is the practice of encrypted transmission that employs algorithms to convert data into unreadable code which can only be decoded/decrypted by authorized senders/receivers.

Bitcoin is peer-to-peer digital money that functions without a central authority. It’s computer software with a value that’s been encrypted with a strong crypto-algorithm to ensure its authenticity.

Bitcoin can be used to pay for goods or services if the service provider accepts it, much like traditional currency, but in a digital format akin to SMS.

Why was Bitcoin Developed and how did it Come to Be?

A whitepaper titled Bitcoin- A Peer-to-Peer Electronic Money System was produced in 2008 by a person or group of persons using the alias SATOSHI NAKAMOTO.

Satoshi Nakamoto began mining Bitcoins once the code was published as open-source on January 9, 2009.

Satoshi, who worked on Bitcoin until December 2010, is the creator of the cryptocurrency. That’s pretty much all of the publicly available information on Nakamoto.

It’s essential to understand why bitcoin was created now that we know who invented it.

The goal behind the decentralised currency was to establish an ecosystem that would run parallel to the centralised economy, which is governed by government rules and requires citizens to trust the banking system to maintain the currency’s value. The currency was managed entirely at the government’s disposal.

The financial crisis of 2008, for example, was created by faulty loans given by banks, as well as the banks accused of causing the crisis were bailed out with taxpayer money or the public exchequer as a result.

Despite being the accused, revenue generated from the general public was used to save banks. This demonstrates the administration’s discretionary powers. Many ordinary individuals lost their life savings and employment, leading to severe economic downturns.

What is the value of Bitcoin?

Bitcoin is a decentralised, censorship-proof, borderless and safe digital currency.

This feature has created it interesting for used cases like remittances from abroad and payments when people don’t want to divulge their names.

Many people choose to hold on to their bitcoins rather than use them. Due to the limited circulation of tokens accessible, Bitcoins are dubbed “digital gold.” Bitcoin is seen as a place for value by some investors. It’s been compared to valuable metals such as gold and silver due to their scarcity and difficulty in production.

Holders think that these characteristics, together with its High stability and global affordability, make it a perfect medium for long-term wealth storage. They feel that the value of Bitcoin will rise in the future.

What is Bitcoin’s Mechanism?

Bitcoin is digital money that requires a ledger platform to track its transactions. Bitcoins make use of Blockchain, which is yet another ground-breaking ledger technology.

Let me give you a little primer on blockchain technology before continuing.

Blockchain, also known as Distributed Ledger Technology, is the foundation of Bitcoin, as it keeps track of all transactions. Because this is an open-source and public ledger, anyone may check the transactions. This method also does away with the necessity for third-party validation, as well as the trust-based transactions traditional currency financial institutions rely on.

In Bitcoin, there are a few key phrases to understand. A wallet, a public key, and a secret key are all required?

The public key is the address for depositing and withdrawing transactions. Similar to a username on a social network newsfeed, this key symbolises the holders’ digital signature on the ledger of blockchain. The private key is the passcode that allows you to purchase, sell, and exchange bitcoin in your wallet.

A private key should be kept confidential and used exclusively to authorise Bitcoin transactions. Some users safeguard their private keys by encrypting their wallets with secure encryption and, in some situations, opting for cold storage, which stores the wallet offline.

Consider the instance of a peer-to-peer Bitcoins exchange.

Jerry was willing to sell John bitcoin. He’ll need to download and install a Bitcoin Wallet programme on his computer, which will have a public key that will serve as John’s bitcoin address.

Jerry, who wants to sell bitcoins for US dollars, can now receive John’s public key by email. Jerry will authorise the transaction with his private key, which is addressed to John’s public address, once John transfers money to Jerry’s bank account.

Blockchain is used to complete this transaction. The transaction is validated by comparing it to the bulk of transaction pattern records stored in the blockchain’s databases.

The payment is only securely recorded on the Blockchain network after this process is done. As a result, John was compensated. John can now use his private key to gain access to the bitcoin in his wallets.

A cryptocurrency wallet is a program for storing digital money. There are several distinct types of wallets, such as hot and cold wallets, that are utilized on various platforms, such as mobile and desktop.

What is the Process of Bitcoin Creation?

Bitcoin is created through a process known as cryptocurrency mining. Mining is the process of verifying transactions to earn rewards by forming a Block using a large amount of computational power.

Blocks hold information based on operations, a Nonce(64-bit), and the previous block’s Hash number(256-bit). It’s important to note that you’ll need a lot of electricity and the ability to sustain your computer Rigs, which are referred to as Mining Rigs.

Only when the freshly created block contains Proof-of-Work is transactional verification permitted. The process of locating a unique number known as Nonce is known as POW.

You won’t have to conduct any manual arithmetic or calculations. All you need is a competent electronic gadget and the programme that the developers recommend. Those operations will be handled by your device’s CPU or GPU. In some circumstances, keeping electronic devices linked to the internet may be required.

How can you convert bitcoin to fiat or other cryptocurrencies?

If there is enough market fluidity, one can purchase or sell Bitcoin based on its market value at a certain time interval. It’s akin to stock market trading, but it’s a process that runs 24 hours a day, seven days a week.

Bitcoin isn’t as stable as equities and isn’t backed by any actual assets or commodities. You don’t get any physical goods; instead, you get the addresses of the digital content you bought, which you can store in your crypto wallets.

Alibaba, Coinbase, and Pionex are examples of dedicated platforms for this purpose. However, before trading on any of these sites, double-check the processing fees.

What exactly is a blockchain?

The blockchain is an append-only ledger, which means that data may only be updated to it. It’s exceedingly tough to change or remove information once it’s been entered. Every successive block in the blockchain includes a reference to the preceding block, enforcing this.

The previous block’s hash is used as the reference. Passing data via a one-side function produces a signature of the inputs that is unique, which is known as hashing.

The fingerprints will look radically different if the input is changed even little. There’s really no alternative for anyone to modify a previous entry without deleting the blocks after it because the blocks are chained together. One of the aspects that make the blockchain protective is a structure like this.

Is Bitcoin a legal currency?

In most nations, Bitcoin is totally legal. However, there seem to be a  few exceptions; before enrolling in cryptocurrencies, make sure you understand the regulations in your area.

When it comes to compliance and taxation, government agencies in nations where it is lawful adopt a variety of tactics. Overall, The regulatory regime is still undeveloped, and it will most likely evolve dramatically in the future years.

Who is the inventor of Bitcoin?

Nobody is aware of it! The creator of Bitcoin went by the pseudonym Satoshi Nakamoto, but we don’t know who he or she is. Satoshi could be a single developer or a group of devs located anywhere on the planet. Satoshi’s name is Japanese, but his command of the English language has caused many to believe he/she/they are from an English-speaking country.

The Bitcoin white paper and software were both published by Satoshi Nakamoto. However, in 2010, the enigmatic creator vanished.

Is it true that Satoshi Nakamoto invented the blockchain?

Bitcoin is a hybrid of several existing technologies that have been around for some time. Bitcoin didn’t invent the concept of a block in the chain. When Stuart Haber and W. Scott Stornetta devised a system for timestamping papers in the early 1990s, they used unalterable data structures like this. It used cryptographic techniques to safeguard the security and reduce from being tampered with, similar to the blockchains of today.